The last few years — and particularly the 2016 election season and its aftermath — were packed with a variety of contentious perspectives on race, and how to best go about fighting racism and white supremacy.  In particular, there has been lots of development around radical left critiques of mainstream liberal identity politics.  Here is an incomplete selection of some essays that I find compelling.

Who Is Oakland: Anti-Oppression Activism, the Politics of Safety, and State Co-option is a lengthy essay from a group of radicals in Occupy Oakland that analyzes and critiques a variety of issues associated with mainstream conceptions of race and identity.  The piece touches on the nature of non-profits, the way elites of color can and do participate in white supremacy (and thus, the inadequacy of making elite institutions “more diverse”), the role of capitalism in producing/reproducing racial stratification, the way liberal analysis tends to essentialize/reduce/boxe-in people to their respective “identities”, the way liberal analysis tends to infantalize and remove agency from people deemed “oppressed”, the way identity politics can be cynically used to erase people of color from allegedly “white” spaces, and more.

Dear #BlackLivesMatter: We Don’t Need Black Leadership by R.L Stephens II of Orchestrated Pulse is a critique of observed tendencies for “identity politicians” to exploit the people and the communities they claim to speak for in order to increase their own individual power, and looks to the historical examples of the ’60s-era Mississippi Freedom Democratic Party and mass politics during the Reconstruction era as political models to emulate today.

Fighting racism and the limits of “ally-ship” by Khury Petersen-Smith and Brian Bean in Socialist Worker is a critique of the concept of “allyship”, specifically in the way it over-emphasizes individual inter-personal relations at the expense of mass struggle.

From charity to solidarity: a critique of ally politics by Cindy Milstein in ROAR Magazine is a critique of the concept of “allyship”, specifically on the way it depends on a narrow and superficial understanding of race, the way it reinforces unhealthy tendencies of guilt and self-righteousness, and how it pushes people away from being autonomous political actors.

The Safety Pin and the Swastika by Shuja Haider of Viewpoint Magazine analyzes the way many parts of liberal identity politics is being appropriated by the far-right as a way to create an unironic form of “white identity politics” that is used to uphold white supremacy and white nationalism, and the need to return to substantive multiracial organizing and grounding anti-racism with anti-capitalism.

White Purity by Asad Haider of Viewpoint Magazine is a critique of privilege theory, arguing that we need to see white supremacy as detrimental to white people as well as non-white people, as argued by old-school communists like W.E.B. du Bois.

A letter from students and workers “of color” in the Takeover of Humanities 2 is a communique from a group of leftists at University of California, Santa Cruz, countering critiques from liberal campus activists about the alleged “whiteness” of an occupation, and raises larger points about multiracial organizing and the tendency of certain kinds of “identity politicians” to side with institutions of power.

On Friday, September 9th, prisoners across the US will go on strike against prison slavery and white supremacy, and the general dehumanization that define America’s system of mass incarceration.

This is not only a strike against bad conditions, for the changing of rules around things like parole, and to actually be paid for their labor which makes billions for multi-national corporations, but against white supremacy itself. When the 13th Amendment was passed in 1865, it in theory banned slavery, except in the form of imprisonment. While many former slaves simply became indentured share croppers, over the decades following the civil war corporations and governments continued to look towards prisons as a major source for free and cheap labor.

From a write-up from The Nation on the strike and its background:

Across the US, there are nearly 900,000 inmates who currently work in prisons. In states such as Colorado and Arizona, inmates earn as little as little as a few cents per hour for their work. In Texas, Alabama, Georgia, and Arkansas, incarcerated people are forced to work for free.

The general public has little idea of the scope of prison labor, considering how pervasive it is. Most prisons force inmates to perform the basic facility maintenance—mopping floors, cutting grass, cooking, or washing clothes—that keep prisons running…A number of states and federally run prisons also use inmate labor to manufacture marketable goods and services. Some of this labor is outsourced by private corporations, including Wal-Mart, McDonald’s, Victoria’s Secret, Nordstrom’s, and AT&T Wireless, to name a few recognizable brand names.

The strike is being organized by various radical prisoner and prisoner solidarity organizations, such as the Free Alabama Movement and the Industrial Workers of the World’s Incarcerated Workers Organizing Committee. 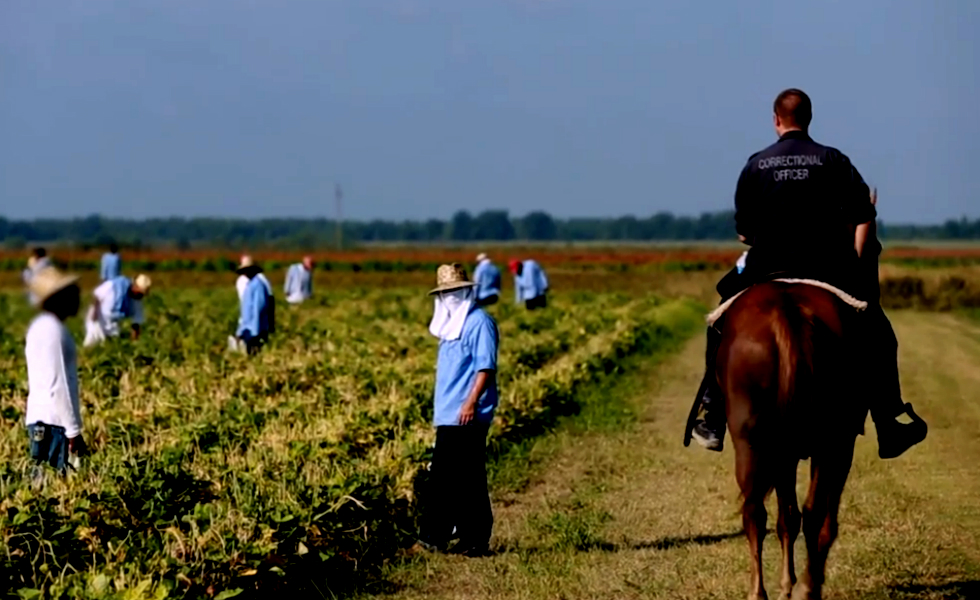 Some notes on imperialism and Black-Desi solidarity

In the aftermath of the grisly police murders of Alton Sterling and Philando Castile, there has been a lot of renewed discussion and debate in progressive Asian American circles about how to understand and argue our position relative to Black America.  I particularly liked this piece from several months ago, specific to South Asian and Desi Americans, that talks about the strategy of “selfish solidarity” that builds on radical critiques of the concept of “allyship”.

However, there has been little to no discussion about the global nature of white supremacy, and the way it is produced through global capitalism and imperialism.  This is likely a consequence of Asian American being preoccupied with domestic matters (a reflection of American politics and society as a whole).  This is unfortunate, because it is only when we take a step back and look at the global setting that basis for Black-Asian solidarity becomes clear.  This is particularly true if we look specifically at Black-Desi/South Asian solidarity.  Here are some scattered observations and thoughts:

All in all, there are a lot of arguments to be made that South Asian American and Black American political movements are fundamentally fighting against the same systems.  But this is only apparent if we “globalize” the perspectives of America’s racial dynamics, and situate domestic problems within their international context.

Viewpoint Magazine has released their latest roundtable compilation, this time on the Black liberation struggles that erupted in earnest after the protests and riots in Ferguson.  From the introductory statement:

The eleven groups featured below constitute part of what may be an emerging radical pole in the struggle for black liberation. Even in their analytical divergence and organizational heterogeneity, they yield the outlines of a revolutionary unity, opposed to separatism, whose ambitions exceed that of the misleadership both new and old.

The contributors are mainly groups in major urban areas from all around the United States, and provide radical but nuanced perspectives and reflections on their own organizational experiences and evolution, ally politics, gender dynamics, political economy, and more.